The Half Awake Priest

Very recently I had to spend the night in the hospital because of some chest pains and raising blood pressure. The doctor came in and spoke with me and my husband and told us that he felt I needed to have a heart cath done to make sure that there were no blockages in my heart. We both felt he knew what was best so we agreed, and he told us that he would schedule the procedure for the following morning.

After he left I put on this big brave face for my husband because it seems that the more worried I get about something, he gets ten times as worried. I told him everything was going to be alright and finally convinced him to go home and get some rest. After he left I broke down and started to cry, and went to dig my Rosary beads out of my purse and discovered that they were not there.  I had not brought them with me.

After crying for a few minutes I decided to call my parish priest and talk with him. But then stopped when I reminded myself that he had just been in a car accident and even though we knew that he was going to be OK, I know he was still very sore especially seeing as how he is 86 years old.  So I decided not to bother him. Looking through the phone book I found the Catholic church local to the hospital and decided to call their priest to see if he would maybe pray with me over the phone to give me so peace about my procedure the next day. He answered the phone with such a nice gently tone, I told him who was and why I had called him, and ask if he would pray with me. He said, “Sure no problem,” and right there over the phone he prayed with me the most beautiful prayer.  I felt such peace when he finished. We spoke for a few minutes and I guess I must have mentioned something to him about forgetting my Rosary at home but for the life of me I can’t remember. We said goodbye and hung up the phone.

I watched TV for a few minutes and then after a few laps around the hospital floor it was time for bed. Laying there trying to go to sleep I heard a knock on my hospital room door. I said, “Yes please come in,” thinking it was one of the nurses.  But instead of a nurse entering my room, a man with messed up hair, in a sweat suit and tennis shoes came in instead. I said, “Yes may I help you?” And he said,  “No I came here to help you.” He introduced himself as the priest I had spoken with on the phone and then proceeded to come and sit by my bedside.

I was shocked and surprised, but very happy that he was there. He told me that as he was trying to go to sleep it popped in his head that I had forgotten my Rosary beads at home and he said something told him to get up and bring me a set to the hospital. So he jumped out of bed in his sweat suit, messed up hair and half asleep and got in his car and came to where I was in the hospital. He then proceeded to give me a beautiful set of Rosary beads, and then after giving me the anointing of the sick and communion, he sat there and prayed the Rosary with me.

After he left I could not help but smile.  My heart was put to ease and there were no worries in my head. And all of this came about thanks to a priest in his sweat suit, tennis shoes, messed hair and half awake.
Posted by Annie Chester at 4:35 PM 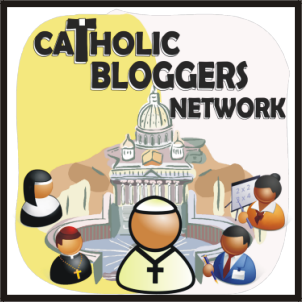